You are here: Home / Resources / Articles by Penny / From Blank Canvas To Oil Painting

From Blank Canvas to Oil Painting

Why Theatre is the Best Film Training You’ll Ever Have

Reprinted from Soul of the American Actor

Actors often come to me and say, “I want to be a film actor!..I know you teach theatre classes, b 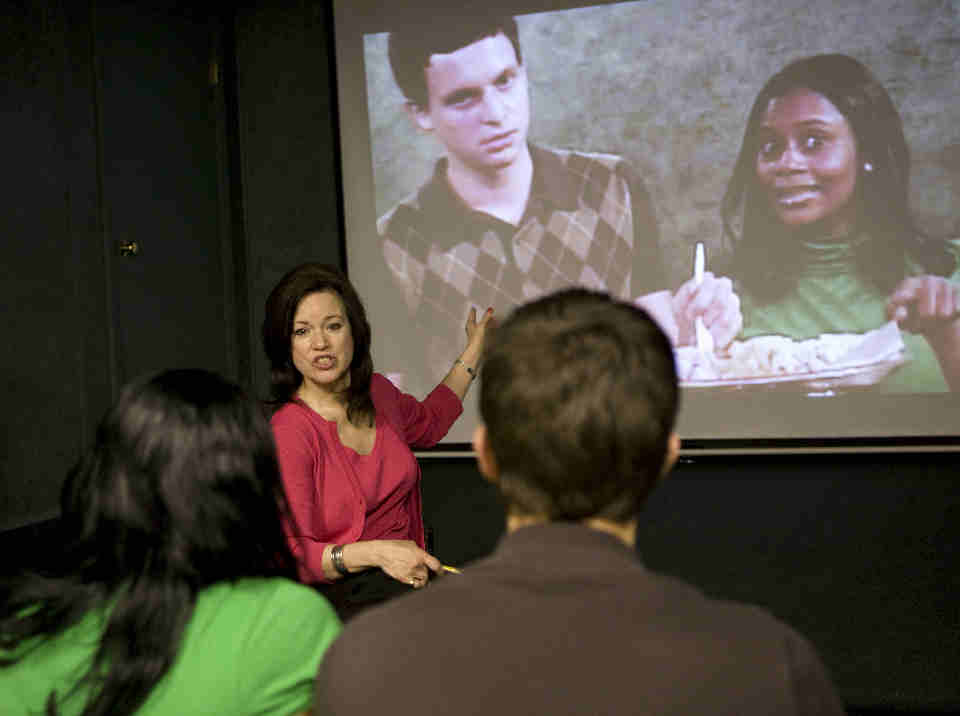 ut I only want to concentrate on film.”  In my studio, I have a movie screen to help actors experience the craft of film acting consistently.   But this is what I say to them:  “To become a great film actor, the first thing you need is theatre training.”

If you don’t have theatre training ….what’s it like?!  I would say it is like trying to swim a race without learning the basic strokes and you don’t even know how to float…  Or becoming a race car driver because you like to drive fast.   Or anything else that might look easy because it requires mastery and skill.   Film is like putting yourself under a magnifying glass.   If you have no depth in your work, the camera sees that.   The audience sees that.   The place to train your deepest emotions is the theatre.  When you pull your emotions inward for film work, the camera will see depth and complexity.   In other words, there will be something interesting going on in there.

Just like ballet is the foundation for all types of dance, theatre is the foundation for all types of acting.  Theatre is the hub. It’s the base. You have your foundation in theatre training and then you make adjustments to the technical demands of other mediums such as film and television.  Theatre teaches you how to know what you’re doing.  If a casting director sees you on stage doing great work, he’ll know that you have a process.   And you have to have a process.   Many of the great artists in film are theatre trained:  Brando, Pacino, Philip Seymour Hoffman, Meryl Streep, Cate Blanchett, Liev Schreiber, etc.  The truth is the truth.   We’re not talking about actors that “act” theatre.  We’re talking about theatre artists that live the role and bonfire that truth to reach the very last row of the audience.

For film, you pull that bonfire inside while being simple on the outside.   Theatre is physically fuller because it’s done on a stage.   It’s done live.   It’s not filmed.  Actors rehearse for longer periods of time and usually do a run for at least a month or two.  When you have to put yourself through the paces of theatre training, you work each muscle in the deepest way possible.  You go to the depths of your soul as an actor.   That’s what theatre training does.

When you’re in the rehearsal process, you’re layering and layering and making discoveries.   Then you have to get it up on its feet.   And then you have to perform the run of the play.   You can’t find “it” in one random take.  You have to bring a fully layered performance every single night, eight performances a week.   Theatre artists find a new truth every night in the moment to moment of the play.  Artists paint every day, musicians practice every day, and dancers dance every day.   Artists must consistently do the work to be consistently great.   As Pablo Picasso put it:  “It is our work in life that is the ultimate seduction.”

So what can you bring to film acting besides your limited personal experience?  Shakespeare gives you a Grand Canyon experience.   The Greeks take you through the wringer.   When you’re working on the great characters of theatre, you’re working on creating a complex human being:  a Hamlet, a Lady Macbeth, a Medea, a Richard.   As you explore the character, you literally swim a sea.   Then when you go to film, that experience is inside of you.   The characters become part of you and you’ve learned something from them.   Actors will return to explore the great roles again and again because as you see life differently, you see the characters differently.   That’s why these plays are timeless.   That’s why they still work.   And that’s why people are still performing them.   They relate to the truth of the human soul.

To say, “Well, I’m not interested in Shakespeare,” or “I don’t want to do the Greeks,” or “I don’t need to be in a scene study class,” is building an artistic foundation on sand rather than stone.   I have seen professional film actors regret not completing their training.  They know they are lacking some of the great techniques that would make them feel more confident and at the top of their game.  They worry and because of that worry, the work’s not quite as much fun.

With theater training, you bring Shakespeare and the Greeks with you.   Without even realizing it, you’re bringing that intricacy and structure to material that’s often not so well written.  You know how to make it work, and that helps build a consistent career.   Theatre gives you depth.   You’re seeing a complex character through a person who has complexity.   That’s what artists have.   And it doesn’t matter if they say one word or nothing.   All they have to do is stand on that mark and you can’t take your eyes off of them.   What’s the most difficult thing to do as an actor?  Stand on a stage, say nothing and hold stage.   What’s the most difficult thing to do on camera?  Stand on a mark, say nothing, and hold screen.  When you audition, get on your mark and the camera sees your face, is it seeing a blank canvas or an oil painting?